Thousands of people took to the streets in Bucharest and across Romania throughout the month of January 2012 to protest against severe austerity measures imposed by the government. Public sector wages, already modest, had been cut by 25% while prices for energy and other commodities went up steeply. The crowds accused the country leaders of incompetence, corruption and malevolence. They demanded the immediate resignation of prime minister Emil Boc along with his cabinet members and the resignation of president Traian Basescu. The protests were triggered by the abrupt resignation of Raed Arafat, a well respected health ministry official, after a public disagreement with Mr. Basescu over a set of controversial reforms of the health care system. In Bucharest the demonstrations turned violent on several different occasions, mostly after nightfall, when larger numbers of protesters, especially young men, filled the city centre. The military branch of the Romanian police, the Gendarmerie, intervened, forcefully trying to disperse the crowds. They met with fierce resistance that led to hours of street battles on January 14 and 15. According to some estimates as a result of the confrontations 60 people on both sides were injured and needed medical attention. Dozens of protesters were detained by the gendarmes. Some official sources as well as several media outlets blamed extreme factions of football fan groups with turning the peaceful demonstrations into violent riots. These allegations however were never fully confirmed. In the months following the protests prime minister Boc resigned triggering a political domino that cost his coalition the majority in both chambers of the Parliament. President Basescu was impeached and suspended by the new majority but kept his job after a referendum called to dismiss him failed. 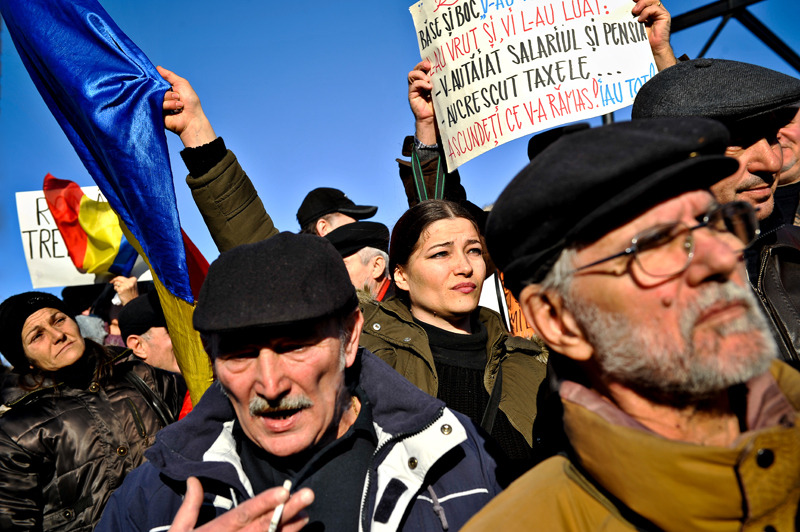 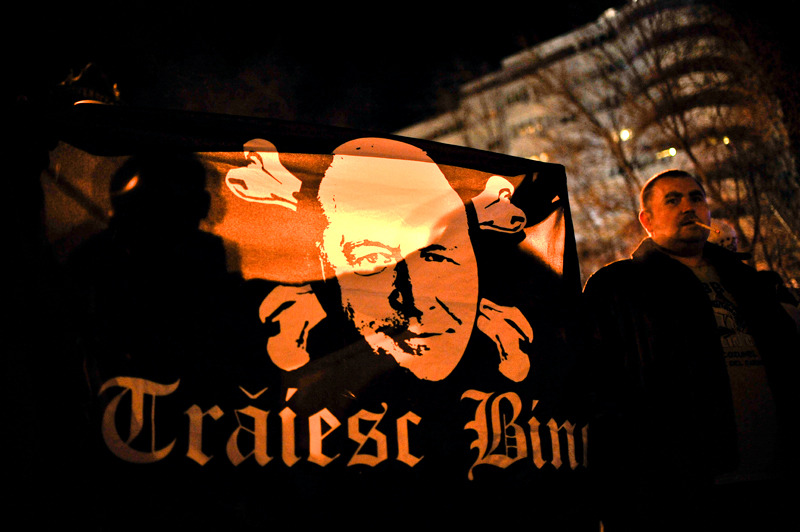 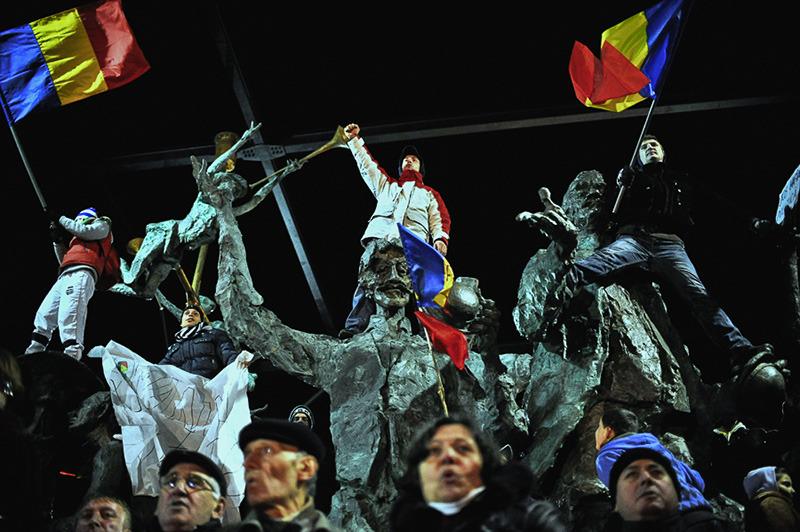 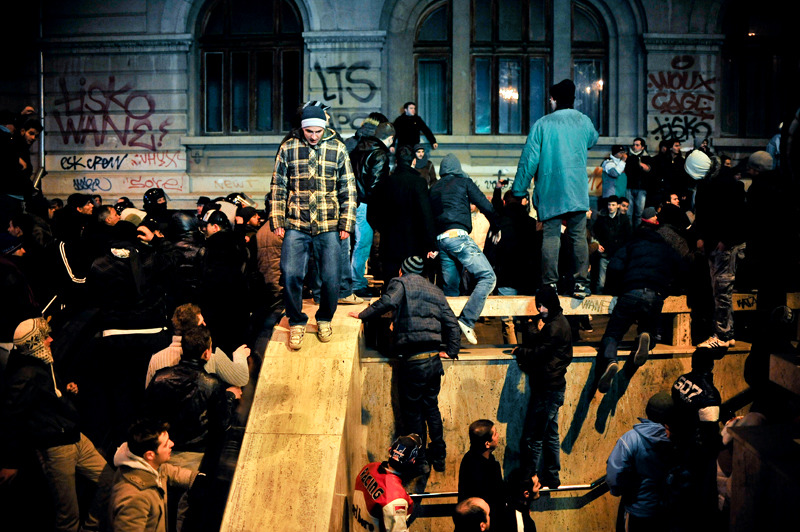 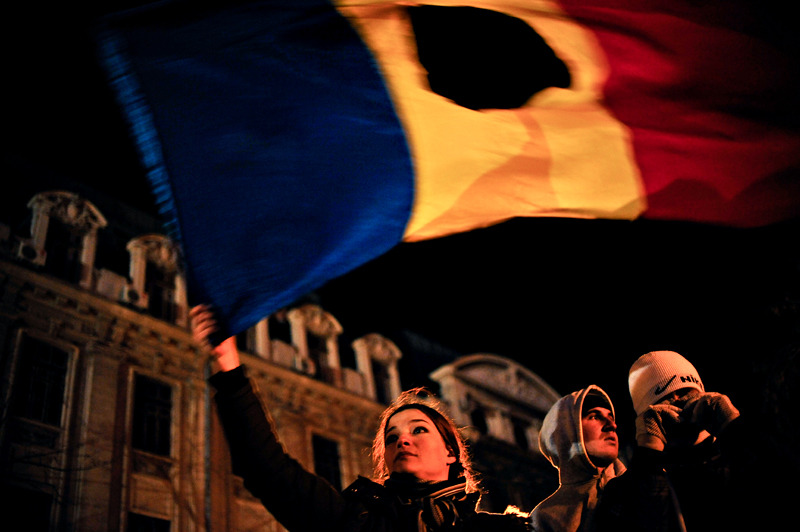 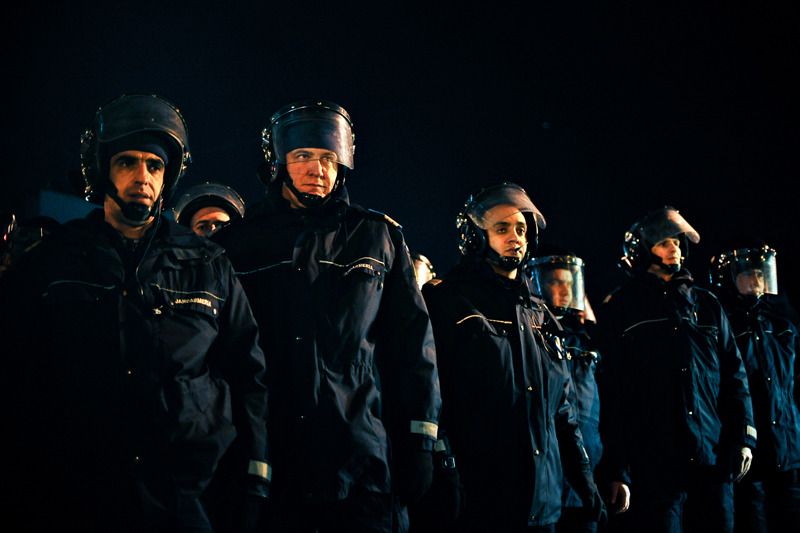 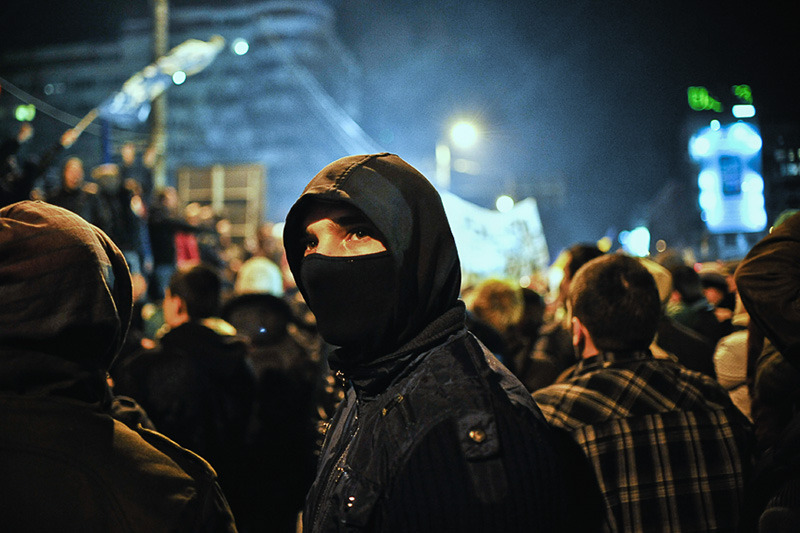 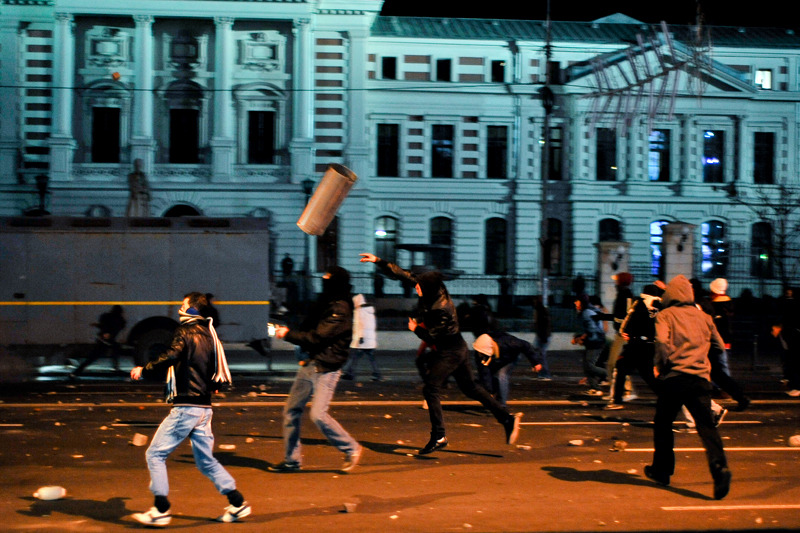 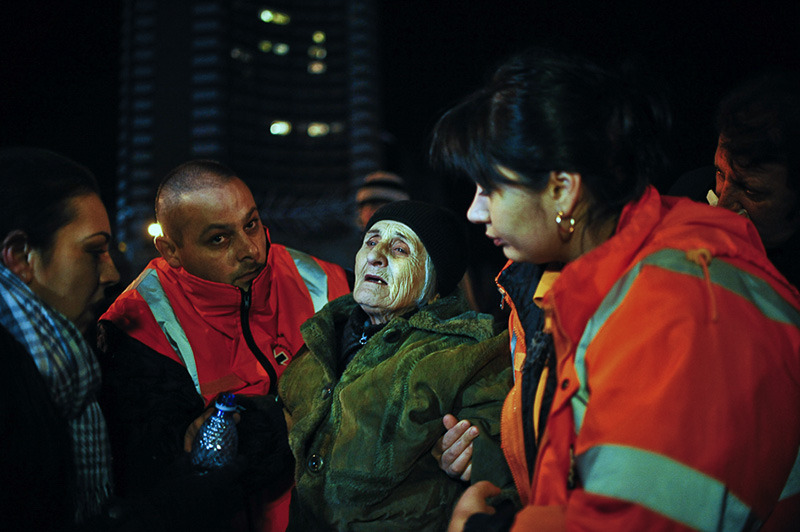 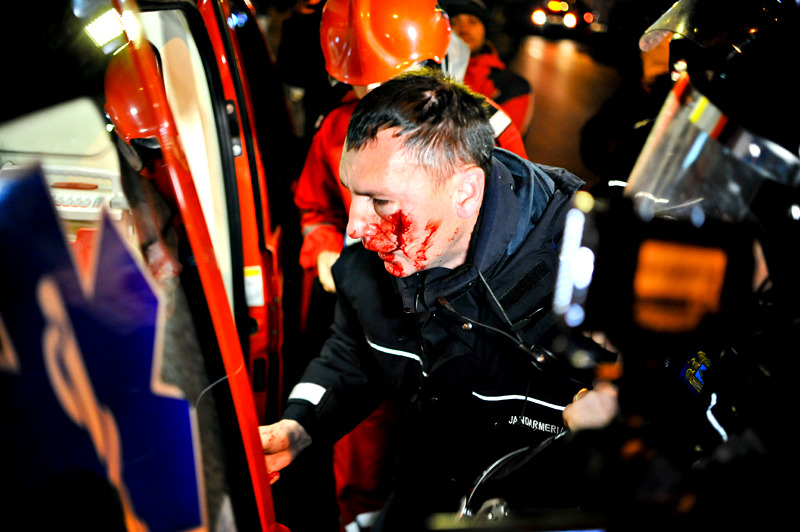 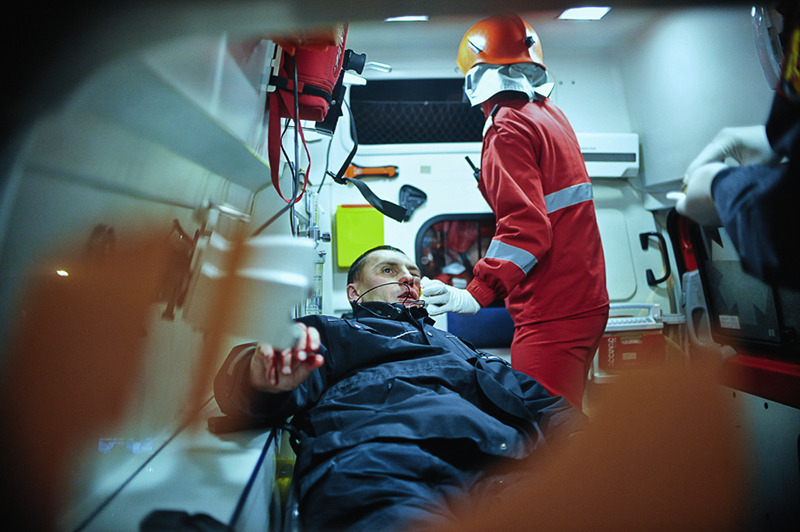